Product sales price include 20% VAT.
If your company have EU VAT number, please write us to get  VAT free proforma invoice.

The REGULATEURS EUROPA 1100 series governor has been established as one of the leaders in the field of prime mover speed control for the past 40 years, with many thousands in service throughout the world. The 4G or fourth generation model is specifically designed to meet the ever increasing demands of modern prime mover controls and incorporates a number of design improvements over earlier models. Retaining the original modular design, the 4G has an improved stability margin to cope with the more difficult speed governing requirements of today. The work output options are increased so that the 1100 range can control most high and medium speed diesel and dual fuel engines

Sales by customer based quotes only! 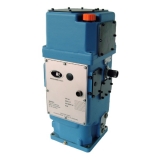 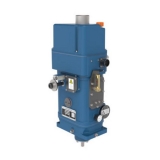